it’s just relocates the license plate bur it changes the look of my WRX! I jjust wish the rod was a little shorter for a flush look and adding some type of cap to cover the hole would’ve been nice as well.

Very high quality part, if your looking for a loud blow off this is it. Only thing I can say I’ve notice is in between my 2nd and 3rd shift there’s alittle bit of lag due to it venting the left over boost to atmosphere.

Started off with the PRL stage 1. Honestly I wish I started with the HVI. Much appreciated with fast shipping and smooth install.

Arrived well within needed time along with both PRL stencils. I was pleased with this product and install!

Welds look very high quality, product has a nice weight to it. You can just tell its the best of the best quality right out of the box. Cant wait to pair it up with the catback exhaust street edition.

Worked as advertised, got my tune in a timely fashion and everything works great.

This intake is well built and looks amazing. Also compared to other intakes it’s definitely on the louder side.

Paired this up with the stage 2 package and boy was it worth it.

Pair this kit up with a tomei for some sick tones. Couldn’t have gotten a better sound.

Arrived on time and very easy to install.

Relatively simple install, looks and sounds amazing. Worth it !!

Good product for the money

Installed my HKS HI-Power Dual Exit Exhaust with my buddy. No lift, just ramps and a jack. For the average person, I'd consider it a 2-man job. Basic tools required, but I'd recommend having some sort of lubricant for removing then readding the rubber hangers.
With this dual exit, I had to remove the rear tow hook which is on the driver's side. On my 2015 GSR, it was just a few bolts and an extra step. I have heard, however, that some have had to cut the tow hook off. Maybe those are on the older versions. The rear tow hook does NOT have to be removed if you were to install the single exit version.

-The startup gives a nice low rumble
-It has a fairly quiet idle
-The low revs have a good rumble and noticeable volume
-Acceleration sounds fantastic. It much gets louder once you're on the gas and sounds like a race car.

I still have the stock catalytic converter, so the volume is modest. It's funny, though, that my exhaust did POP the other day, though I can't recreate the conditions to do so intentionally. I wouldn't consider it to be "loud" or "obnoxious" in any way, but it is without a doubt louder and meaner than the stock exhaust. Be sure to downshift, as you'll get gurgles and rumbles and maybe even a pop.
That being said, I don't think it will be attracting cops, but the pur has already turned several heads as you can hear it coming and going from quite a ways. Perfect for living in California 👍🏻

Thoroughly enjoying the Stage 1+ Package from MAPerformance. Fast Shipping. Simple, quality cold air intake. I got this car three weeks ago yesterday, and I had the Stage 1+ installed within seven days of ownership. The addition of the intake really opens up the driver experience when under throttle and even under minimal load like letting out the clutch. I'm convinced that this intake helped me to learn the biting point of the clutch, as before I could barely hear the revs drop as I let the clutch out. Now, the engine gives you more audible feedback on where "it's at", so to speak. This is one of those things that not only increases power output but also increases the sheer enjoyment of driving the car. It feels like you have more of a sensory grip on what's going on, but by no means is it obnoxious.

I'd like to see more data on the tune, and while I understand it's proprietary/secret information, I'm curious about the IAT figures from before and then after the intake. For what it's worth, I never seem any knocks and a fairly low short term fuel correction percentage, which is a good sign. It's surprising to see high timing advance figures pop-up on the AccessPort at times, but I suppose that's under low-load/vacuum conditions.

Big fan of this kit. For those of us who want a simple solution with a tune that just "works", then it's hard to argue with the value added here. 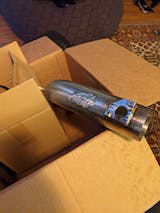 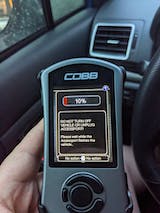 Easy install and a great addition to the Cobb gesi downpipe! 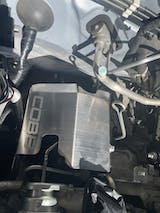 P
GrimmSpeed OEM Downpipe to 3in Cat Back Adapter | Multiple Subaru Fitments (077046) P.E.
A must!

No leaks and easy install!

Love the sound this gave! And love maperformance Even more !

Worth buying I’ve had it on my car for almost a year. The strut bar for sure stabilizes the car more when driving.

I love this exhaust, it's not too loud, but not too quiet either. It's rumbly and raspy just the way you'd want it to be.

I’d love to review it considering it’s been about 15 days and I still haven’t received it and it said it was delivered,spoke with someone and they said it would be taken care of haven’t gotten another email with shipping information or anything

So far I am really impressed by the intake, install was easy once I got the stock piping off (which was the most difficult part) directions were very clear especially for someone not very mechanically inclined. Looks clean under the hood and adds a lot of sound to the drive and a good amount of performance when matched with a proper tune. For the price you won't get any better deal I would highly recommend for anyone looking for a budget cold air intake

Seriously, whose dumb enough to #1 believe this grade A BS, and #2 spend real money on it?